The adventure has well and truly started now. I’ve left behind Europe and all its conveniences and arrived in India on the 26th. It’s certainly … different to what I imagined India would be like. The best way I can describe it is barely controlled chaos. Of course, that may just be Delhi, being home to around 18 million people, chaos should be expected.

After spending a month in Germany and getting used to following “the rules”, it’s quite a culture shock to come to Delhi where the rules are way more lax. Tuk-tuks and motorbikes frequently go down the wrong side of the road, and horns beeping is a constant sound. Red lights are never obeyed.

Having only stayed in hostels in Europe (and one in New York), my idea of low standards would be considered top notch here. Tap water is to be avoided, and the bathroom has a continuous pool of water on the floor, along with missing a key ingredient of toilet paper. Thankfully, I prepared for that before I needed it. Of course the hostel is cheap here, around 350 rupees (roughly 4 euro) per night, so my expectations should be set accordingly.

On the upside, everyone I’ve met speaks English, being a former British colony, so at least I’m not having difficulty communicating with others, and they seem very friendly, although being (extremely) white and ginger may be a bit of a novelty for them. There’s been an inordinate amount of staring my way.

I’m coming to the end of my third day here now and I’ve been hiding out in the hostel for a good chunk of it. It’s quite a daunting experience to leave and be bombarded with everything. Personal space is such a luxury here, there’s so much you take for granted living in the West. 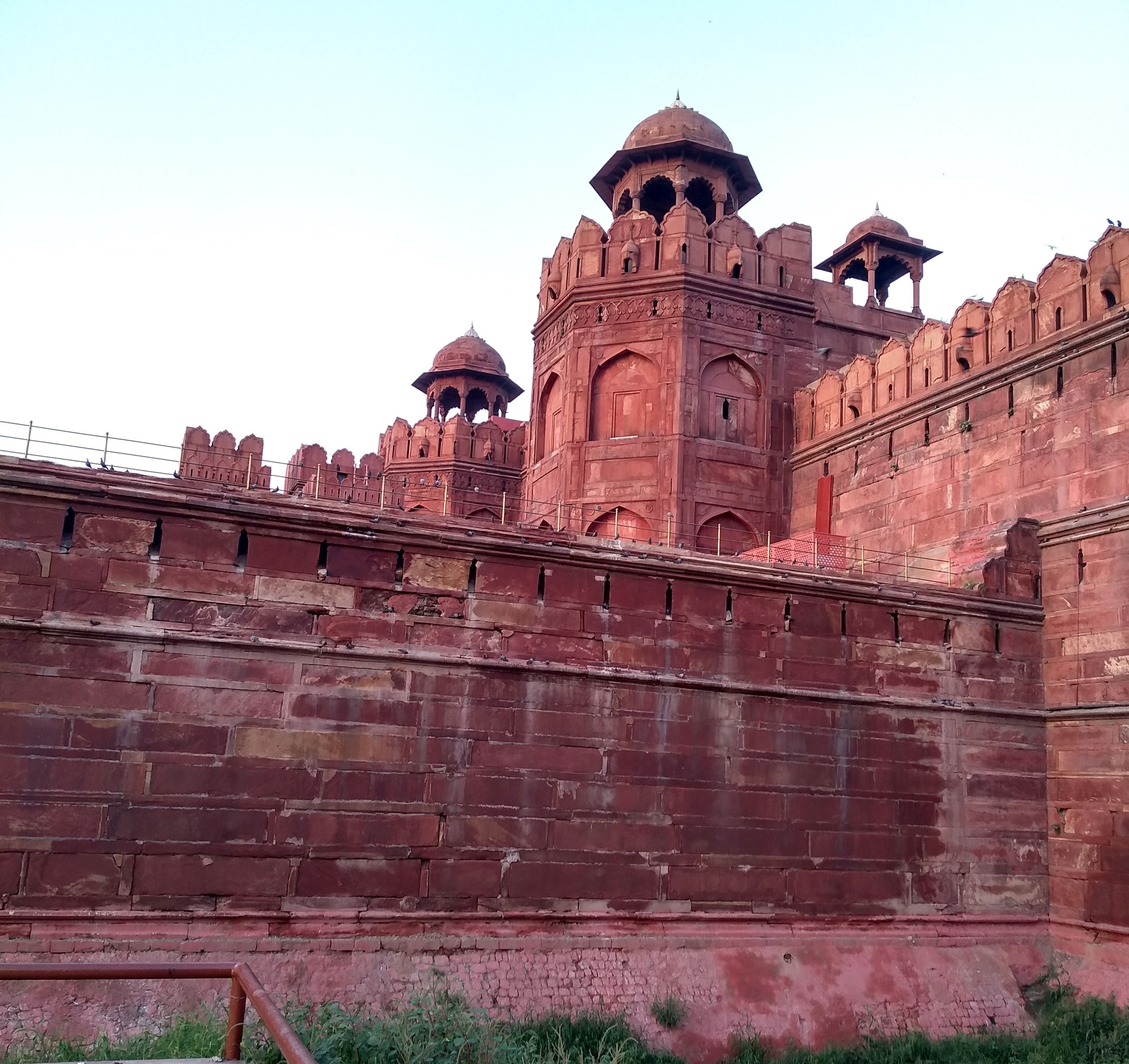 First touristy thing I’ve seen has been the Red Fort, which was quite pretty. It almost compares to some of the castles in Europe if they were painted red! Soon time to start adventuring out more into the wild of Delhi and leave the (very relative) comfort of my hostel.